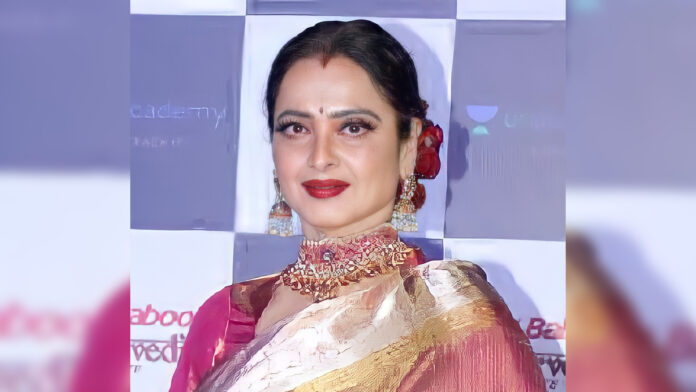 Rekha was born on 10 October 1954 in Chennai, India, she is the daughter of renowned Tamil actor Gemini Ganesan and the Telugu actress Pushpavalli. She has seven sisters and one brother. One of her sisters is Dr. Kamala Selvaraj, while another one, Radha, lives in San Francisco with a son named Naveed, who is being readied to act in Bollywood movies.Her father enjoyed considerable success as an actor and Rekha was to follow in his footsteps. Rekha’s parents were not married, and her father did not acknowledge his paternity during her childhood. Rekha has had various unsuccessful relationships with fellow Bollywood stars including Amitabh Bachchan, Vinod Mehra and in 1990 she married Delhi-based businessman Mukesh Aggarwal, who committed suicide in 1991. Rekha currently lives along with her secretary Farzana in her Bandra home in Mumbai.