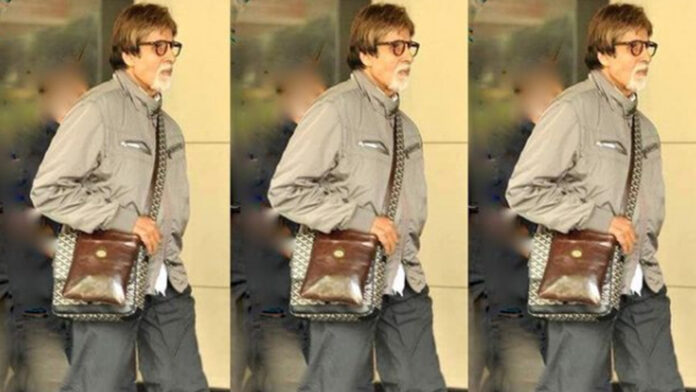 The megastar of Bollywood, actor Amitabh Bachchan rang in his 79th birthday today, and he did it in style. The celebrations started early with Big B visiting producer Anand Pandit, with whom he had come together for his latest film Chehre. The actor visited one of Pandit’s luxurious penthouses where the early celebrations took place. Big B, who is also an avid social media user and regularly updates his fans about his life. So it is only natural that his first birthday post would come from the actor himself.

He shared a collage of his photos on Instagram and wrote, “…. walking into the 80th ..”

However, it seems that he got his age wrong on his birthday post. Bachchan, who turns 79 today, wrote he is turning 80. His daughter Shweta Bachchan took to the comment section to correct his error. She simply dropped a comment that read, “79th ♥️

Apart from that, his granddaughter Navya, actors Ranveer Singh and Bhumi Pednekar and others too commented on the post.

Amitabh Bachchan started his career with the 1969 release Saat Hindustani. He had to go through his fair share of struggles before becoming the personality he is today. At a time when very few leading men in Bollywood preferred action films, Bachchan donned the angry young man avatar with his portrayal of Police inspector Vijay in director Prakash Mehra’s Zanjeer.

Bachchan featured in many similar iconic characters written by writer Salim- Javed. The team became a superhit combination and worked together in many iconic films in the 1970s and 80s.

On the work front, he has a series of projects lined up and shows no sign of slowing down, despite his age. He will be seen in Jhund, Brahmāstra, Mayday, Good Bye, Uunchai and Nag Ashwin’s untitled film. Amitabh Bachchan is currently back to hosting Kaun Banega Crorepati on television.