Top Fm Radio
Accueil Vox Populi Opinion The murder of democracy starts with the murder of Institutions meant to... 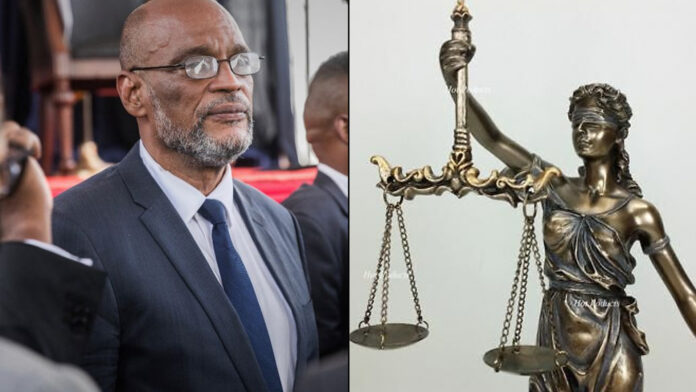 “Haiti PM fires prosecutor seeking charges against him in president’s killing”! This is one of today’s most important headlines on the International news.

This is not a trivial news item. It has great significance for any country and its citizens concerned with democracy.

The day the administration of justice comes into the hands of politicians this is what can happen. Important Lessons to be learned from Haiti, for the upholding of democracy and freedom for the progress of a country.

In Mauritius, we should be extremely worried and apprehend the day when the office of the Director of Prosecution and the Judiciary comes under the control of politicians. Fortunately, our constitution unlike that of many countries prevents such a situation from happening in Mauritius.

However, even if our Constitution prevents this from happening by clearly demarcating the separation of powers in the constitutional posts such a situation might still arise if the people occupying these posts are no longer independent and become subservient to politicians.

If the post of the Police Commissioner faced controversies on some occasions regarding its independence, fortunately up to now the DPP’s Office and that of the Chief Justice/Judiciary still command a favourable public opinion against political interference. People occupying these posts, in the interest of the country, should not get lured by any politician and should preserve jealously their independence.

Independence which, at times they will even fiercely defend and never trade-off at the expense of the country’s interest.

The Kistnen affair is the tip of the iceberg already! If the population has not understood what does Kistnen murder stands for, we are in deep trouble ahead. The judicial inquiry in the Kisnen murder case brought to light how wide criminal ramifications can be. From Politicians occupying the highest offices to businessmen, public officers, and even gangsters. It was even more shocking when the population found out that the police department could not be trusted because of those officers who have purposely conceal the truth and interfered with the course of justice.

All this happened despite that the post of the Commissioner of Police is a constitutional one and he is the only one to account independently for the day-to-day operations of the police force and its role in the administration of law and order in the country.

What could be the best call on this “International Day of Democracy” ?

For the future of a country not to be compromised, people should not only remain on the “alert” but also “demonstrate” that they exist, to prevent democracy be murdered !

* The views and opinions expressed in this article or blog are those of the authors and do not necessarily represent the official policy of Top Fm, and affiliates of the group.